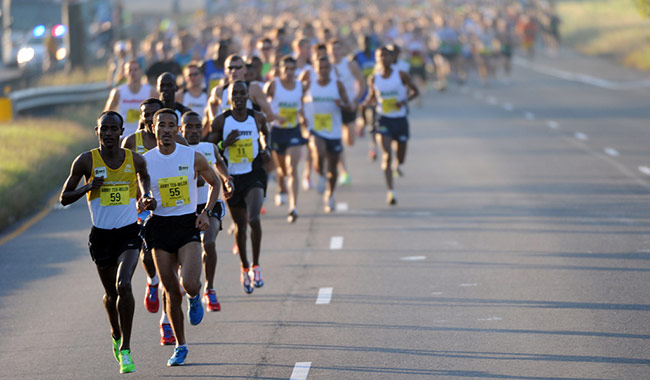 According to our most recent Energy Pulse study, engagement in and expectations around the smart home have continued trending up, and with the extension of the solar investment tax credit – and the new gradual, phase-out schedule in place – the renewables industry has the wind at their backs to make significant in-roads in the market and supply people/businesses the options they really want. Plus, our 2015 Eco Pulse study revealed that sustainability is quickly becoming table stakes – fewer people are searching for green products, not because they’re losing interest in buying green, but because they expect it to be baked into the products they buy every day. More people than ever claim they’ve bought or stopped buying a brand because of its environmental record, and the number of companies who have an environmental scorecard of some sort involved in their purchasing process doubled.

So I would dub 2016 “the year the winners are sorted from the losers.” Here’s how the winners and losers will be defined:

Winners: Companies with a real environmental story to tell. Here are the stats:

Being a winner in this game means being authentic. Sustainability can’t just be a marketing program – it has to be baked into your organization. Consumers and business decision-makers can increasingly smell it in you if it’s not for real. Once you’ve baked it into your operations, product development, etc., then you need to tell the story to leverage it with all of your potential buyers.

Losers: Companies who don’t prioritize the environment and fair treatment of people, and companies who aren’t transparent about their actions.

We believe Americans – consumers and business decision-makers alike – are going to increasingly demand transparency. Some are beginning to figure out they’re culpable if they continue to buy from companies that aren’t doing the right thing from a social and environmental standpoint. And given that there are other options out there, there’s no reason to continue buying from companies who aren’t doing the right thing. Case in point: in our Eco Pulse study, when we asked consumers to “name a brand you love and why, and name a brand you hate and why,” some companies made both lists. And even companies that are known for their environmental efforts made the “hate list” because of perceptions about how they treat people (Walmart’s the best example of this). So doing the right thing across the board is critical if you want to build loyalty for the long haul. There are just too many of your competitors willing to offer that, and consumers will migrate towards them.

Speaking of transparency, Microsoft launched a Transparency Hub last year, and we’ll see other companies (especially those with access to all of our data) follow suit in 2016. Doing the right thing AND making that obvious to people is key to landing in the winner bucket vs. the loser bucket.

Winners: Energy companies that embrace change and become companies people want to do business with.

We reported on it a lot last year: Americans are increasingly apathetic about their utility and increasingly interested in other options. Eighty-four percent of Americans expect to control something in their home from their smart device this year, and those who’ve already purchased a smart thermostat are far more interested in leaving their utility for another option. Fifty-two percent of business decision-makers are interested in buying energy or energy management services from someone other than their utility, and 70% are interested in an energy services agreement. With the explosion of smart devices, and the runway now clear for renewables to keep running fast, utilities are going to get a run for their money. It’s already happening – most utilities are experiencing flat to negative load growth. Utilities that embrace this and re-imagine business models and product and service offerings – all geared toward what customers actually want – will be the survivors.

Losers: Utilities who cling to old business models and fight for their “right” to earn a 6% profit.

Faced with the data I presented above, some utilities, rather than changing, are fighting. This is a losing strategy. Every time a utility makes a case for a rate increase by digging their heels in and insisting that they’ve got to recover costs made in power plants that people now really don’t want, or insisting that what they’re required to pay customers for the solar they feed into the grid “isn’t fair,” they’re digging a public perception hole (even though the utility industry is in the right in some cases). That sour public perception will fan the flames of desire for other options and, as noted above, those other options are available now and will be flooding the market with advertising and sales efforts this year and beyond.

I hate to say this one because so much of the work Shelton Group does is in the efficiency space (the most environmentally friendly energy is the energy we don’t use, after all). But we’ve long seen a correlation between the price at the pump and willingness to conserve at home. As long as gas prices stay low – which is a good thing – people de-prioritize conservation in their minds, and they’re just not motivated to add that extra insulation. Add to this the perception that smart devices can save energy – and do it automatically – plus solar getting cheaper almost daily, and the result is that those shiny objects will get more attention this year, while the foundational elements of efficiency will get moved to the back burner. It’s imperative that manufacturers playing in the efficiency space work on social norming – convincing Americans that wasting energy is not socially acceptable – to shift this in the coming years.

That’s how I see 2016 shaping up. What do you think? Send me your predictions – and your exceptions to my prognostications – and let’s see how it all shakes out.